▍1. Bovine Latin The cows have heard that the pigs use a secret language called "Pi...

对于元音字母（a e i o u）开头的英文单词结尾加上cow；相反，如果是辅音开头的英文单词，开头第一个字母移到末尾加ow-Bovine Latin The cows have heard that the pigs use a secret language called "Pig Latin" when they want to communicate with each other without Farmer John being able to understand what they are saying. Thinking this is an excellent idea, they have invented their own version, aptly called Bovine Latin. Converting an English word to a Bovine Latin word is quite simple. For words that start with a vowel ( a , e , i , o or u ), "cow" is added to the end of the word for example, "udder" becomes "uddercow". For words that do not begin with a vowel, the first letter is moved to the end of the word, and "ow" is added e.g., "farmer" becomes "armerfow". So "the cows escape at dawn" becomes "hetow owscow escapecow atcow awndow." The cows fervently believe that FJ will not understand this subterfuge. Never known as enthusiastic linguists, the cows find this translation quite tedious and thus have asked you to write a pr

▍12. With regard to the contents of the reference three

▍15. file manipulation of the source code, documents containing It is reported on the...

如何运用D3D中的精灵来绘制2D图形,3D做2D的基础-How to use the wizard to D3D rendering 2D graphics, 3D make the basis of 2D

针对遥感影像的光谱信息进行分类，并评价分类精度。但需要人为调整数组的大小，来控制输入变量，将训练样本和检验样本存为.txt格式的文件，执行即可得到分类后属于各个类别的概率，以及混淆矩阵。-Spectral imaging for remote sensing information classification, and to evaluate the classification accuracy. However, the need to artificially adjust the size of the array to control input variables, the training samples and the samples tested for the depositors. Txt files, the implementation can be sorted and the probability of belonging to each category, as well as the confusion matrix. 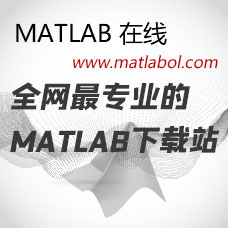